From Bastii
Jump to: navigation, search

I was born in late 1984 in the town of Krefeld, Germany. That year came with a particularly cold and snow-laden winter back then, which hasn't been so ever since. My personal opinion is that there will not be another winter just like the one in 1984. Update: I guess I was wrong. The winter of 2009 has been at least just as cold and white.

I've been going through kindergarden, elementary school and secondary education with a kind of ease and ended up at the point, where I had to decide what would come next. My options were many and my choice brave. I chose to go to university and become a physicist. My motivation was the hope and the challenge to be able to understand our world and the universe a little bit better one day. 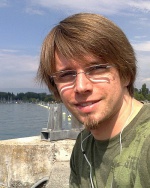